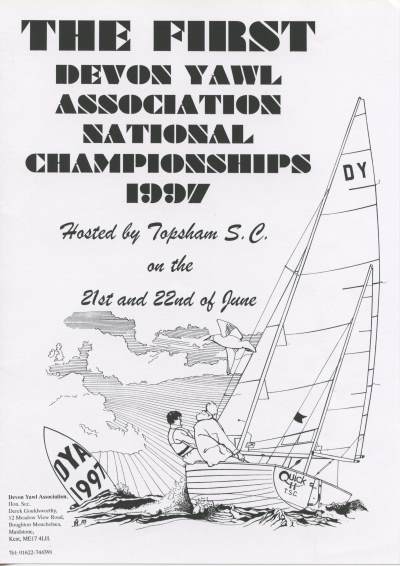 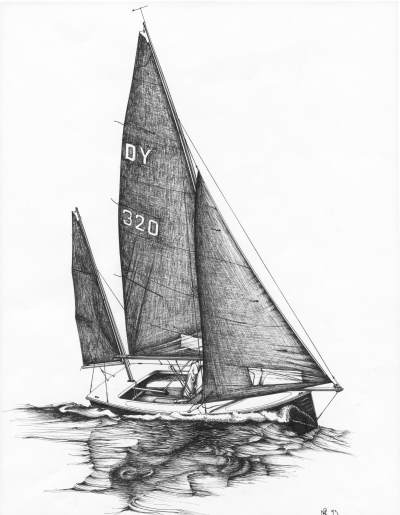 History of the Devon Yawl

The first Devon Yawl, DY1, was launched on the 4 May 1968. The idea for the boat stemmed from the growing popularity of G.R.P. (glass reinforced plastic, or fibreglass as it is more commonly known) in small boat construction and the increasing costs of building and maintaining the all-wood Salcombe Yawl.

The background to the class is that it has evolved over some 200 years from the inshore fishing boats of the South Devon coast, which in turn were refined into the Salcombe Yawl for racing and picnicking.

The first Devon Yawls had red sails to distinguish them from the Salcombe Yawl’s white sails. The masts and spars were aluminium rather than wood. Also standard (Devon Craft or early) hull colour was light blue.

Since those early days there have been a number of refinements that have added to improved performance and appearance. Most Devon Yawls now have white sails as the cloth is both better and cheaper than the coloured. The masts and spars have gone from the heavy untapered sections to light tapered modern sections, and the fittings and controls are now such that the boat is both responsive and easy on the helm and crew.

Over the years a small number of boats have been exported. Examples are now sailing, throughout the UK, in Ireland, in mainland Europe and in North America. At some stage another set of moulds was created from which a number of Devon Yawls have been built in the USA.

In 2014, a new set of moulds was made to replace the originals from 1968. Space-age technology was used to correct the flaws in the first set. These new moulds are being used to build new Devon Yawls in Plymouth, commencing with DY383.